Sale!
from $15.50
This item is currently on backorder but you can still purchase it now and we'll ship as soon as more become available.

Specially formulated with oily and acne prone skin in mind, this oil cleanser is enriched with Rosehip Oil to improve texture and reduce redness (including around acne scars) and Tea Tree Oil to reduce pores and control oil production.

What Is an Oil Cleanser?

What you think of when you hear the word “cleanser” is most likely a water-based cleanser, meaning that it is water, with some combination of detergents, cleansing agents, active ingredients and texture modifiers added in. In contrast, an oil-based cleanser replaces the water with oil. Although some people with very dry skin use only an oil based-cleanser, most people use them as part of a double cleansing skincare routine. The reason to do so is that an oil cleanser is much better at dissolving makeup, sunscreen and other oil-soluble impurities than a water-based cleanser, allowing you to get a deeper but gentler clean than using a water-based cleanser alone.

How Does It Work?

Oil-based cleansers work differently than water-based cleansers in a few key ways. First, an oil cleanser should be completely anhydrous (meaning water-free) and is applied to dry skin. It should also include an emulsifier, an ingredient that allows oil and water to bond. When the cleanser is then washed from the face using water, the emulsifier bonds the oil to the water and rinses clean, taking makeup, sunscreen and other impurities that dissolve easily in oil with it.

Yes! It sounds counterintuitive, but oil is not the enemy of oily skin. Instead, it is your skin’s ability to regulate oil production that is the problem, and some oils can actually help to reduce oil production, resulting in less greasy skin.

Shake well before each use. Massage one or two pumps of oil gently into dry skin using a circular motion. Take your time. Once oil has begun to penetrate, begin rinsing face with warm water, continuing to massage face. The cleanser will begin to turn milky as it emulsifies, which is the action that actually removes the cleanser – as well as dirt, makeup and other particles – from your skin. Continue rinsing until skin no longer feels greasy. For best results, follow with a water-based cleanser.

What's in the Bottle

Rosehip Seed Oil is high in Vitamin A, C and E and essential fatty acids. As Vitamin A & C are synergistic, strengthening their respective the antioxidant, anti-inflammatory, exfoliative, brightening and collagen forming properties. Its primary differentiating element is an ability to reduce redness and hyperpigmentation.

Argan Oil is fast-absorbing and will not clog pores. It inhibits the proliferation of the bacteria that causes common acne and is strongly antioxidant. Most interestingly, it has an anti-sebum effect, meaning it reduces the amount of oil skin produces. Combined with a significant emollient effect from its high fatty acid content, this means that argan oil improves skin’s hydration and smoothness while reducing greasiness.

Safflower Oil does not clog pores, is anti-inflammatory, and rich in fatty acids and Vitamin E. It is a mild occlusive, but generally classified as an emollient, meaning it softens and hydrates within the skin. This means safflower oil can calm redness and swelling associated with acne, and offer gentle moisturization, without making skin greasy or contributing to clogged pores. 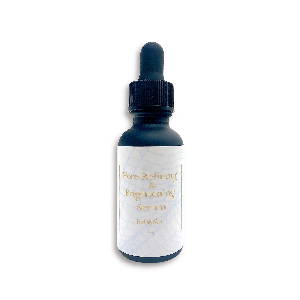 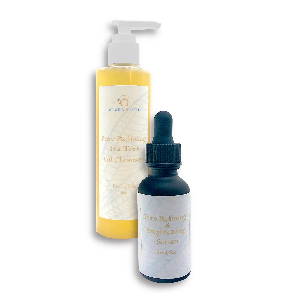 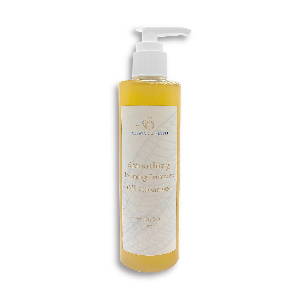