Likewise to heal burns: take garlic and stamp it together with milk from a woman that a suckling normally gets, and flour of barley and honey and the white of an egg, and make a soft dough and make from it a plaster with a linen cloth and put it over where the fire has burned.

Honey has been a constant of civilization across time and culture with the earliest surviving archeological evidence suggesting it was actively collected and stored by Stone Aged farming cultures across Europe, the Middle East and North Africa over 8,000 years ago. While we can't know how or why these earlier humans used it, once written records begin to appear, honey consistently appears as a luxury item associated with magic, medicine and the most exclusive foods. Although individually prescribed for a wide variety of complaints, honey is almost universally used for general health, to soften skin and heal wounds or burns, and to aid digestive complaints. For example: 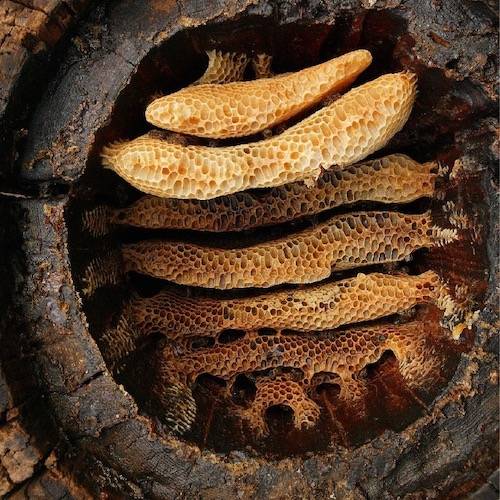 In traditional Chinese medicine feng mi is associated with several meridians, or channels along which chi/qi (the body's vital energy) flows, along the digestive tract. It was therefore used to tonify (loosely: purify and balance) these channels. Honey is one of the most often added ingredients in Chinese herbal formulations, and relied on to prevent dryness both inside and outside the body.

The ancient Greek physician Hippocrates recommended honey as a topical antiseptic, as a treatment for and preventative of scars, as a wound healing agent, and for fevers and digestive complaints.

Madhu is also one of the most important ingredients in the Ayurvedic scriptures of traditional Indian medicines. Relied on as a natural preservative and wound and burn healing agent, it is also used to treat a variety of internal complaints, usually stomach related.

More recently, the Koran states that "thy Lord taught the bee to build its cells in hills, on trees, and in (men’s) habitations; Then to eat of all the produce (of the earth), and find with skill the spacious paths of its Lord: there issues from within their bodies a drink of varying colors, wherein is healing for men: verily in this is a sign for those who give thought."

The northern European quote from the 1400s at the start of this page is but one of many surviving recipes to that use honey in the treatment of burns from across medieval Europe. This one just happens to be from the oldest surviving spellbook, the Vinjeboke.

Medicinal honey gradually fell out of favor with the rise of modern Western medicine, dismissed as a folk cure and wishful thinking. However, the doctors and scientists of today have begun to test some of these treatments, rediscovering some of honey's more unique properties, particularly it's natural antibacterial properties and ability to speed healing. Honey is now a medically accepted treatment for wounds and burns, and a variety of honey or honey-based medical grade treatments are now available. An increasing number of studies have shown that honey is either as good or better at preventing infection and speeding healing that other modern treatments. In addition, it is included in treatments for pityriasis, tinea, seborrhea, dandruff, diaper dermatitis, psoriasis, hemorrhoids, and anal fissure. Honey continues to be used in cosmetic formulations owning to its emollient, humectant, soothing, and hair conditioning effects, as well as claims that it keeps the skin juvenile and retards wrinkle formation, regulates pH and prevents pathogen infections. 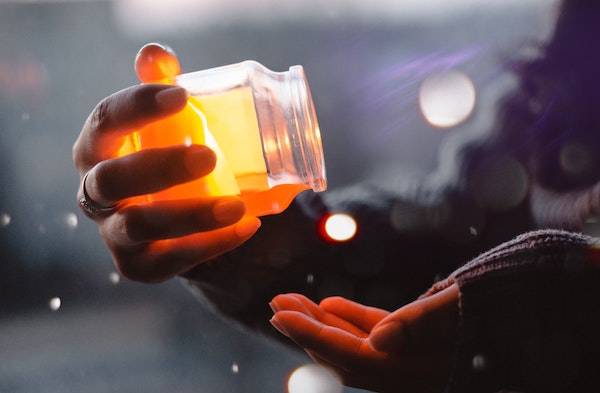 Why We Use Honey

We rely on honey for our most intensive moisturizing preparations. In addition to its ability to heal minor wounds quickly and improve scarring, honey has a unique combination of four very powerful cosmetic benefits that make it an ideal natural ingredient.

Honey is an emollient – in cosmetology, an emollient soothes and softens skin and/or hair. It does this by filling in the cracks that form between the cells of skin as it dries out, protecting and smoothing skin.

Honey is a humectant – a humectant draws in water molecules from the surrounding environment. This means that any formulation combining a humectant and water will actually help to hold this water against the skin, improving skin's hydration.

Honey is a occlusive agent - this means that it will lie on top of the skin, forming a barrier between skin and the rest of the environment. This barrier helps protect the skin and keep moisture and other good ingredients on the skin, not evaporating out into the environment.

Honey has very high viscosity – chemically speaking, viscosity is the thickness of a fluid. Honey’s high viscosity creates a thick, luxurious texture and helps trap moisture against the skin

Considering that honey itself has a high water content, this means that honey will smooth and soften your skin while creating a protective barrier that keeps its own water and any other ingredients in, and bacteria and other pathogens out.

While the jury is still out on what mechanism could be behind honey’s anti-aging properties, as well as whether or not it is effective in treating acne, honey's established ability to bring moisture to dry skin, heal wounds and enhance smoothness make it a demonstrated rockstar ingredient in formulations for extremely dry skin.