'Horsetail' can refer to a specific plant, Equisetum arvense, or to the entire genus of plants of similar-looking plants. We use "horsetail" to specifically refer to arvense, as all other types of horsetail besides arvense are toxic to some degree.

Both the species and genus are 'living fossils,' with the genus emerging hundreds of millions of years ago and remaining largely unchanged since. It is an incredibly hardy perennial plant with hollow stems, tubular "leaves" that have little photosynthetic capacity, and - key to its cosmetic interest - a very high silicon content.

Before we dive into why this high silicon content is cosmetically significant, we need to distinguish between several compounds: 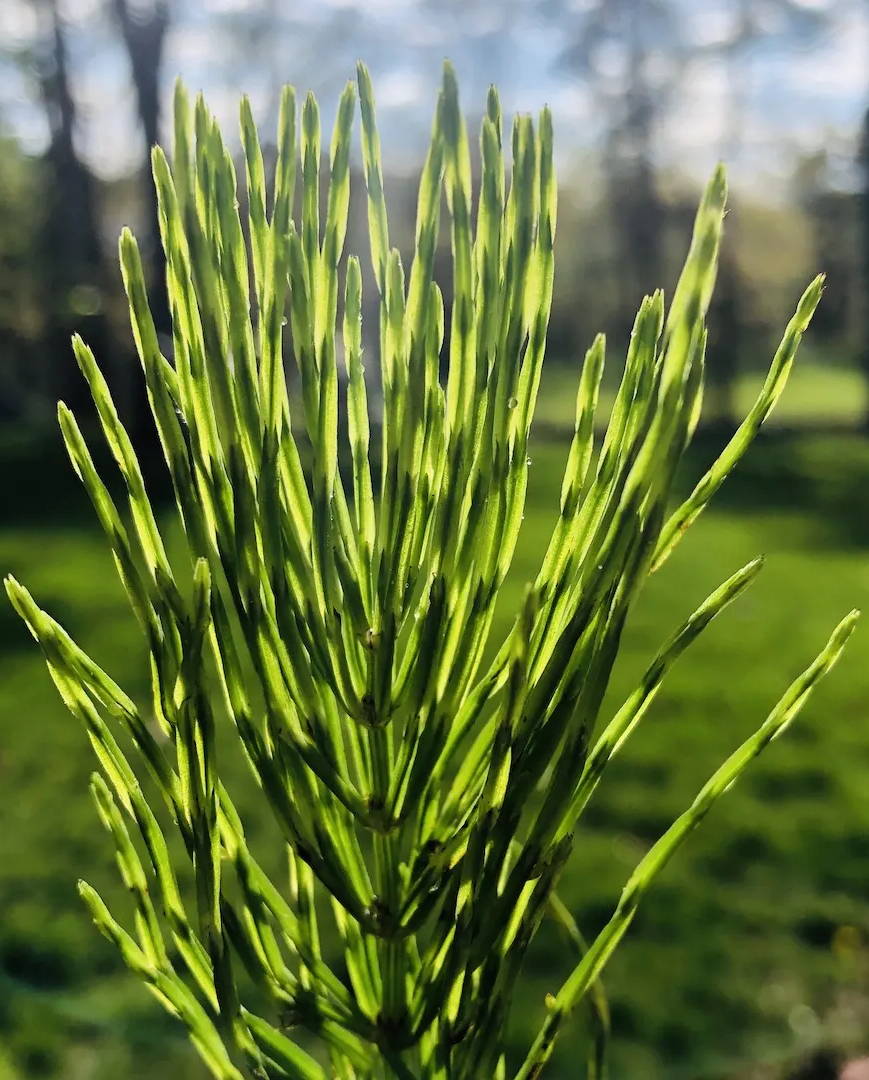 While horsetail contains a high amount of silicon, as it dries, the silicon forms silica crystals as the silicon is exposed to air and oxidizes. Silica has been taken orally and topically for millennia to treat a variety of medical and cosmetic complaints, including thinning or brittle hair and weak nails.

While the modern scientific literature has demonstrated that orally ingested silica does have benefits for hair and nails, study of topically applied silica in general, and horsetail in particular, is too sparse to confirm its benefit from a scientific standpoint. However, a variety of anecdotal evidence and lore exists supporting its efficacy in stopping hair loss and growing brittle, ridged nails. For instance, see this for a highly informal before & after from Cosmo, or here for a study of one product from 2006. 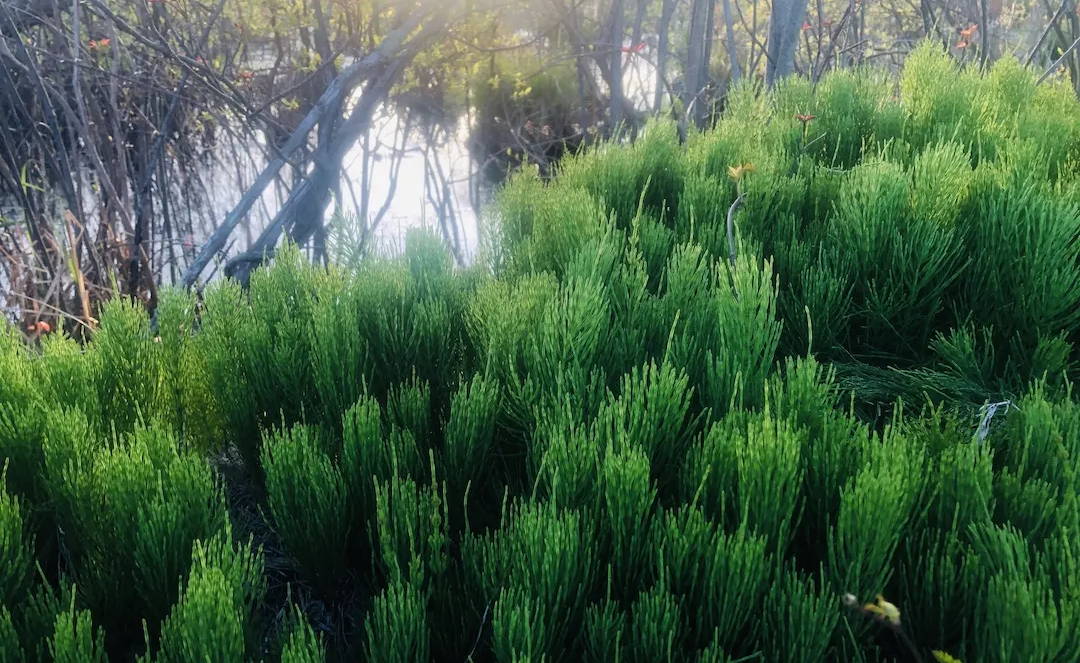 Though often considered a pest today, horsetail has been used medicinally around the world for millennia.

Despite significant differences among ancient understandings of medicine and the human body, resulting in wildly different systems of medicine, there are some startling overlaps in the use of horsetail.

Ancient peoples from Japan to Rome to the Pacific Northwest recognized that it could be used to suppress coughs, staunch bleeding and cause a diuretic effect, leading it to be prescribed anywhere where physicians believed one of these symptoms was at play. It is also been traditionally prescribed for brittle nails.

* Comments must be approved before being displayed.
Next